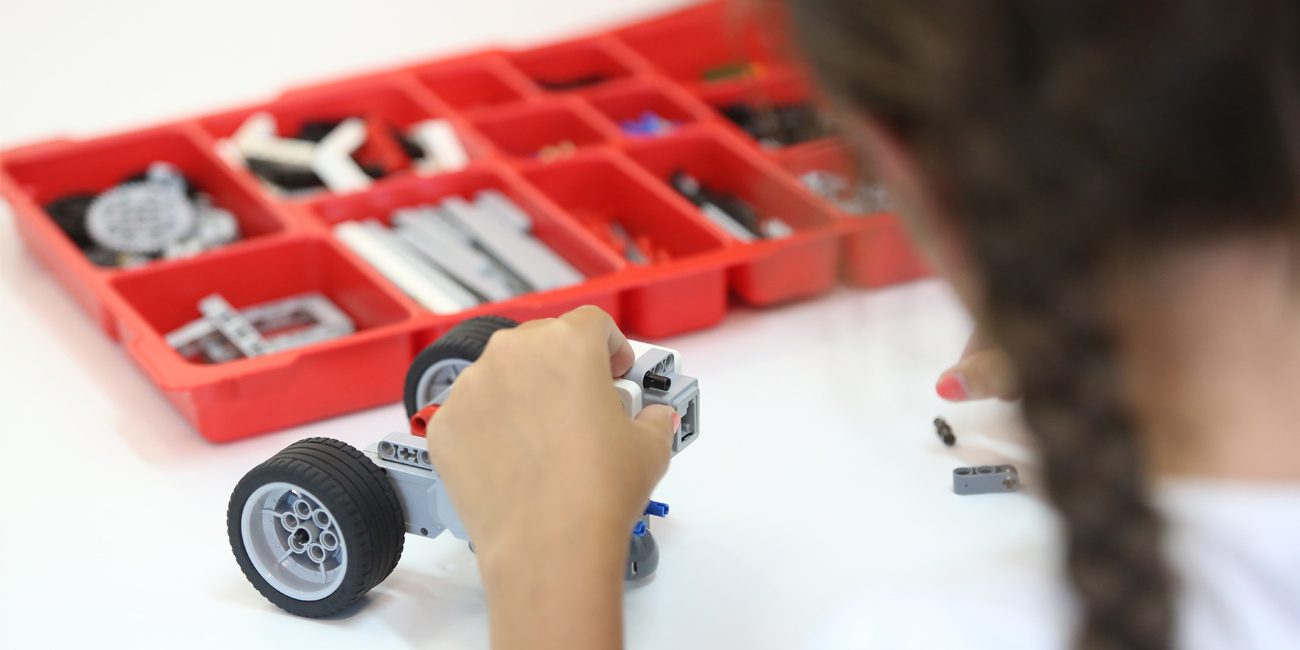 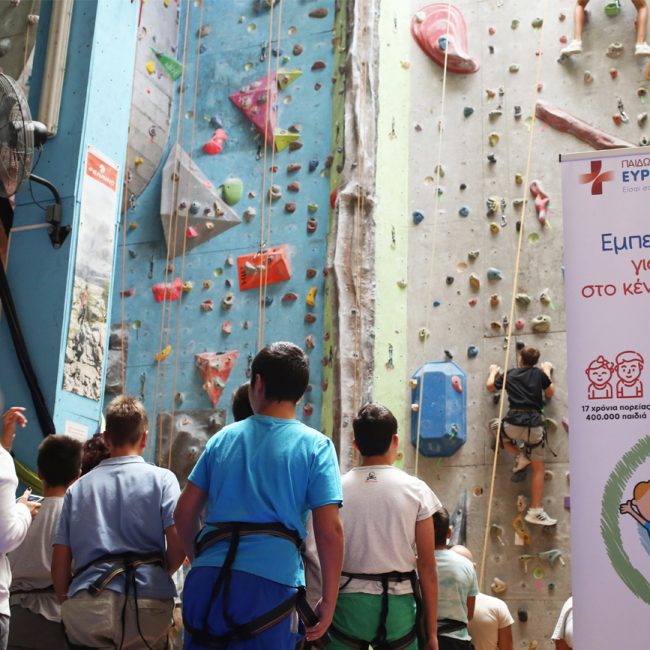 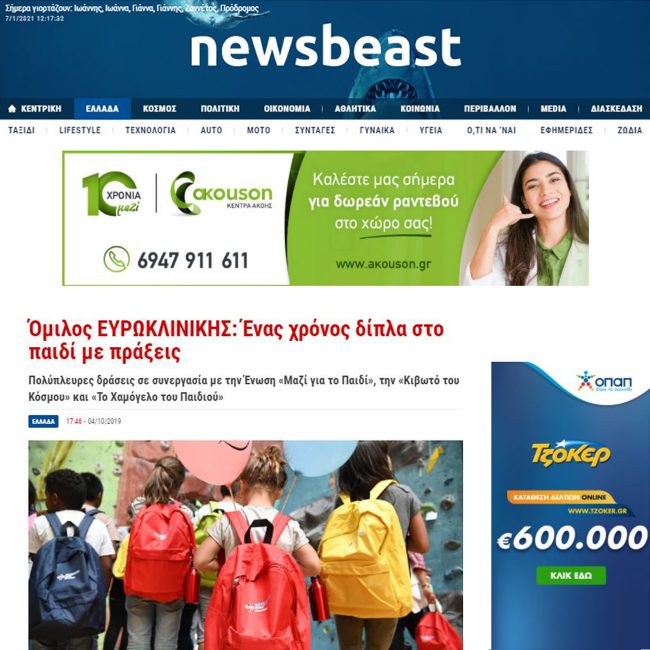 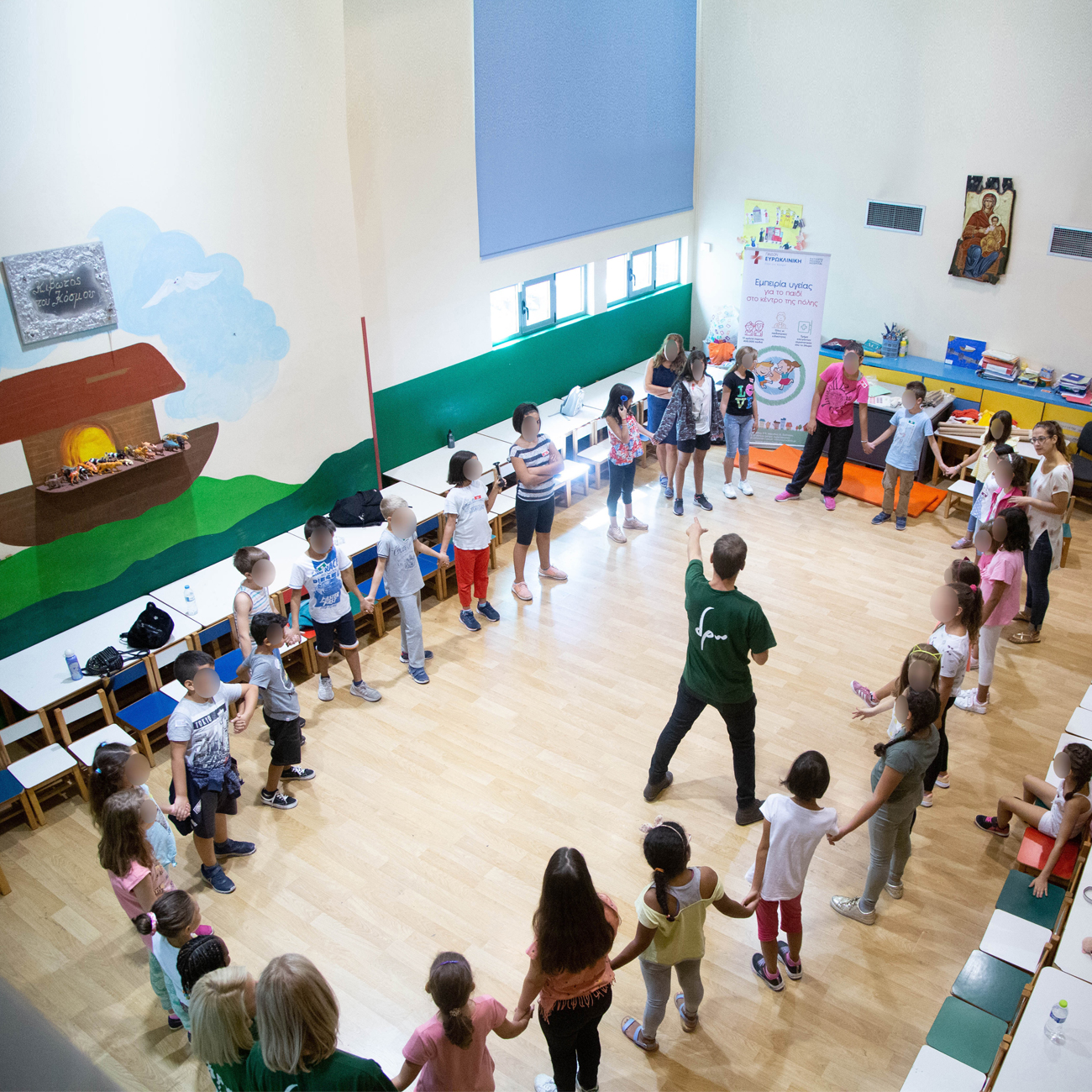 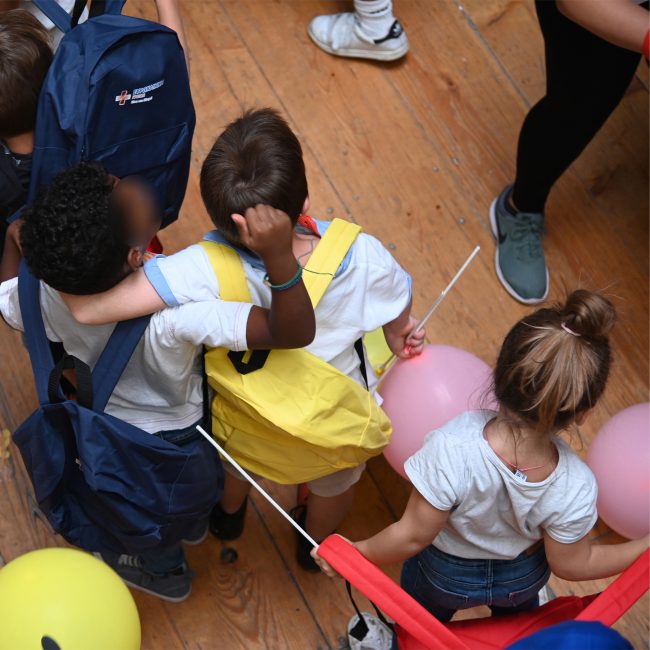 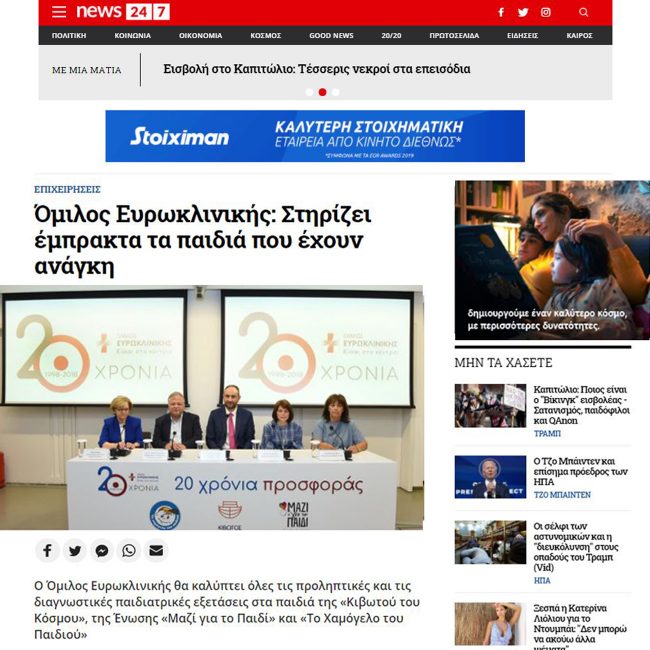 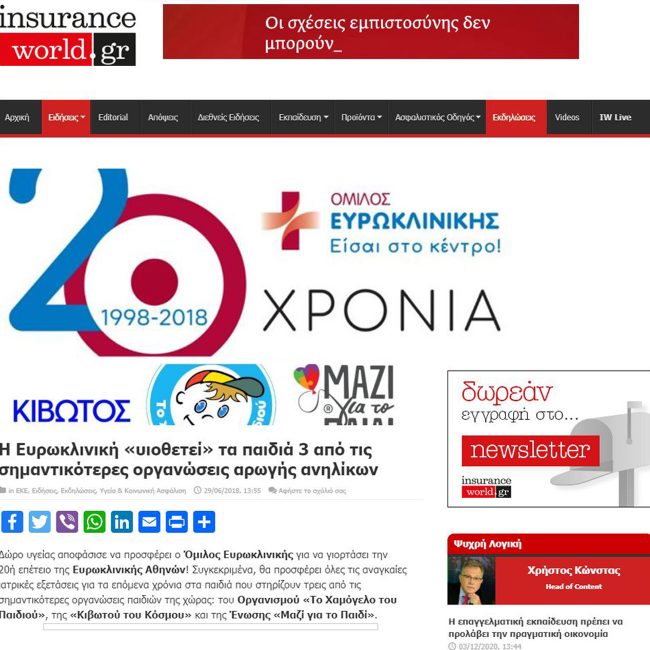 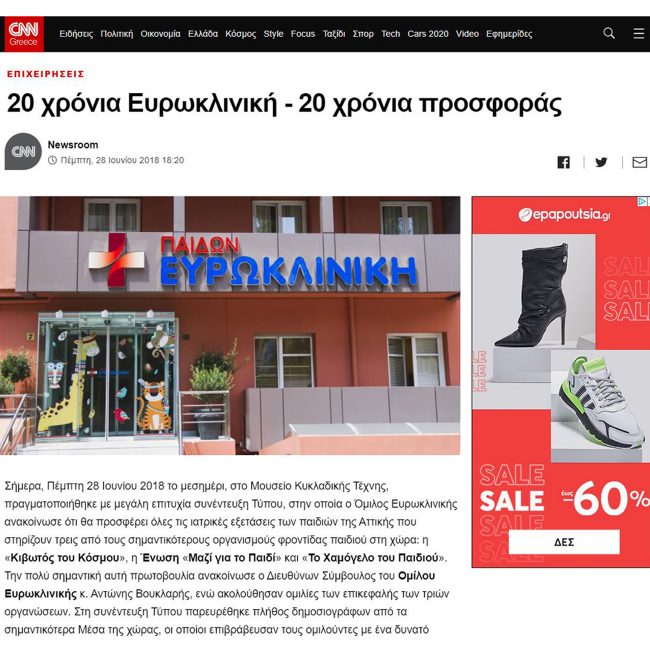 On October of 2019 the Kompany (in charge of Euroclinic’s Corporate Social Responsibility Program) organized and implemented a series of actions for the first anniversary of the unique partnership between the hospital and 3 of Attica’s non-profit children organizations, “Kivotos tou Kosmou”, “Mazi gia to paidi “and” To xamogelo tou paidiou”.

Back in July of 2018 Euroclinic announced their plan to cover all preventive and diagnostic pediatric examinations of more than 1,100 children which are hosted in the structures of those three organizations and a year later our agency organized a unique event to celebrate the first anniversary!

How we did it? On three different days, on three different locations, with three different activities, focusing on Health, Robotics and Alternative Sports, something that made many children happy, giving them the opportunity to transform into little doctors, scientists and climbers. The common denominator of all these actions was to raise the children’s awareness regarding prevention, to strengthen their self-confidence and to make them develop new skills, through a number of experiential activities.

Our staff, well-known for its Press Office skills, made sure that the CSR activation was properly handled and covered by the media, and as a result it was a big success!