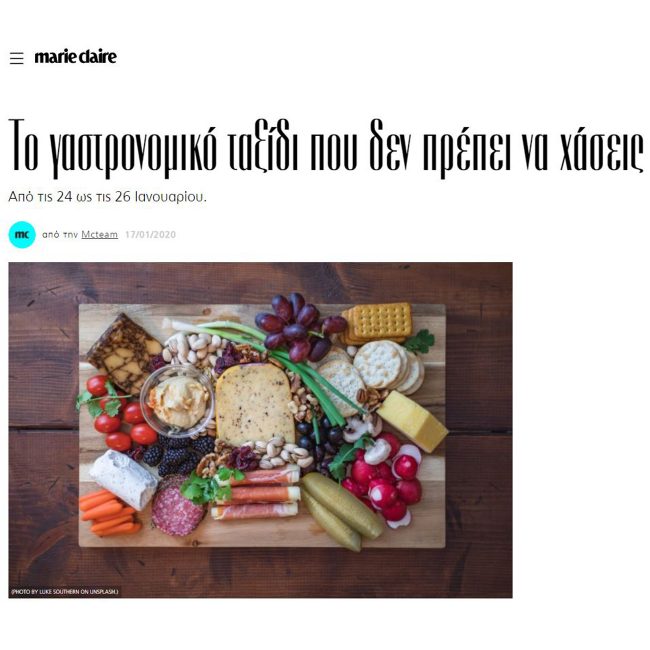 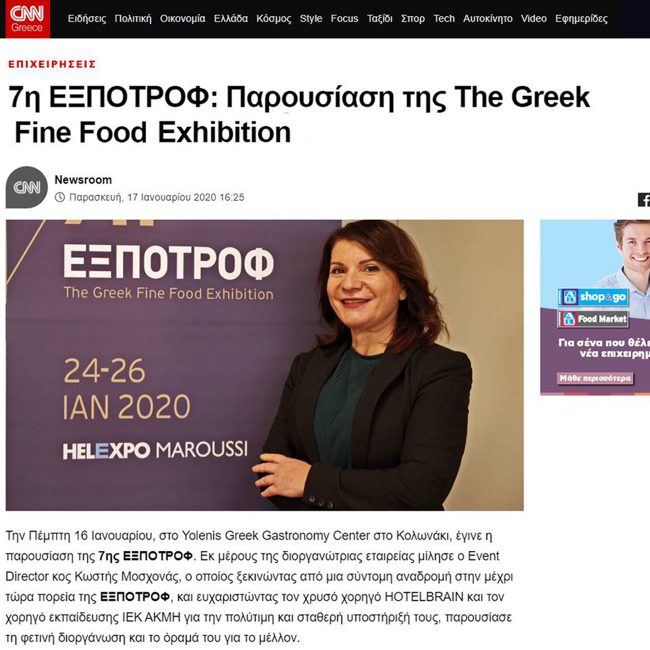 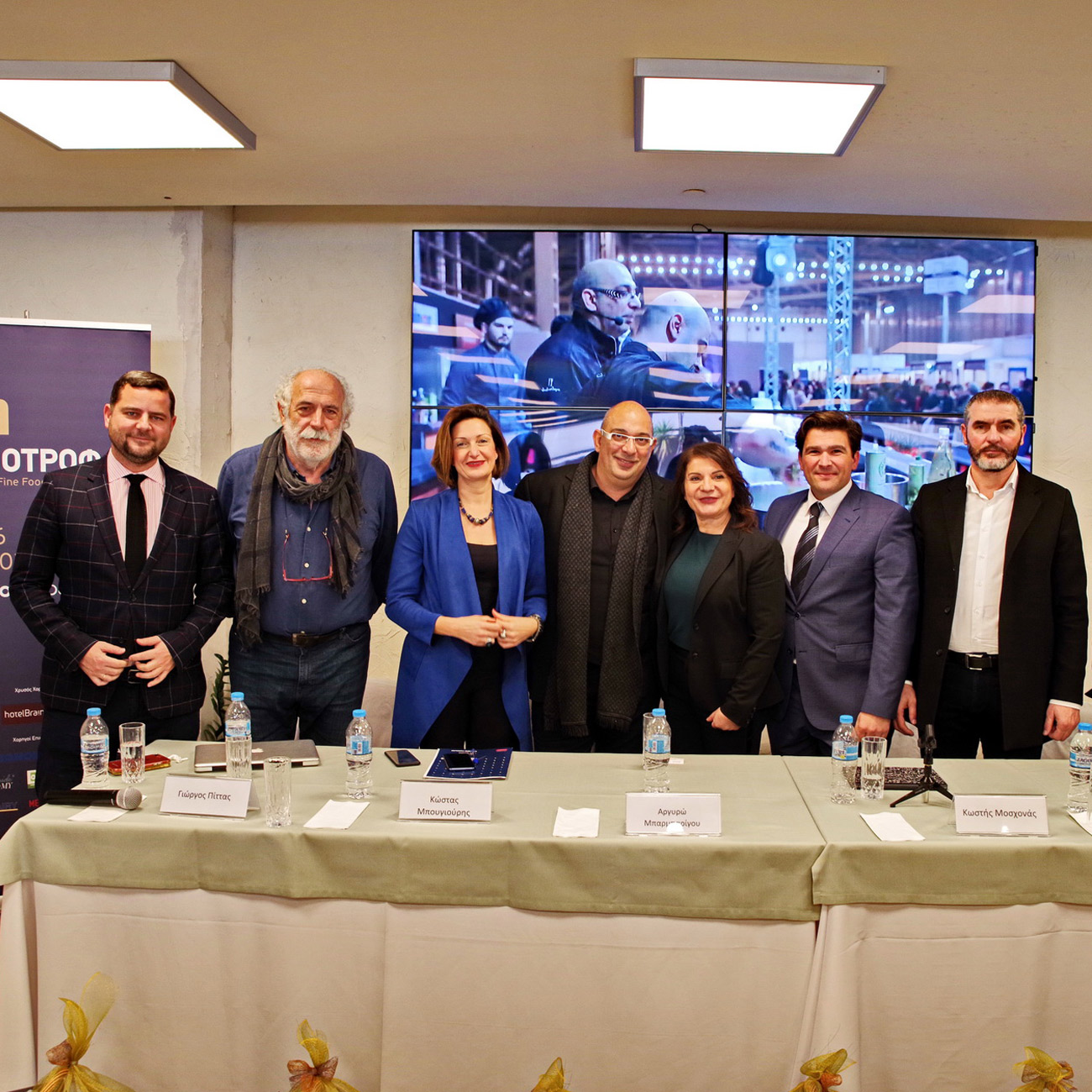 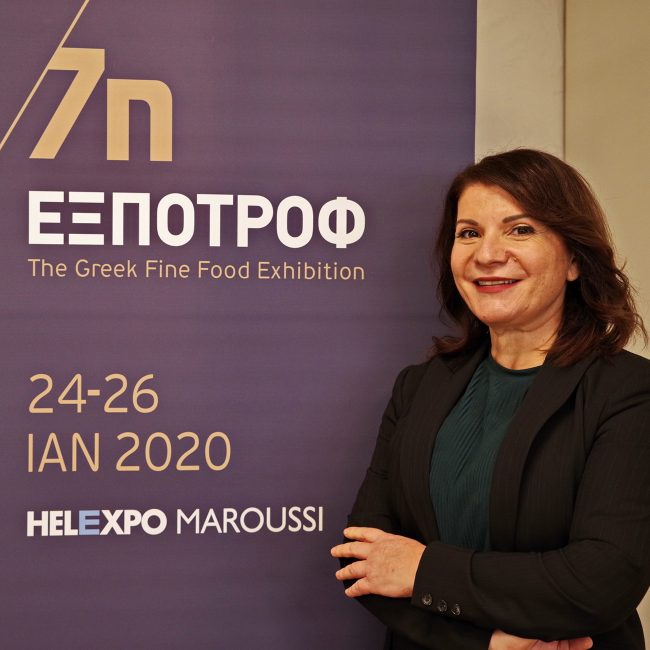 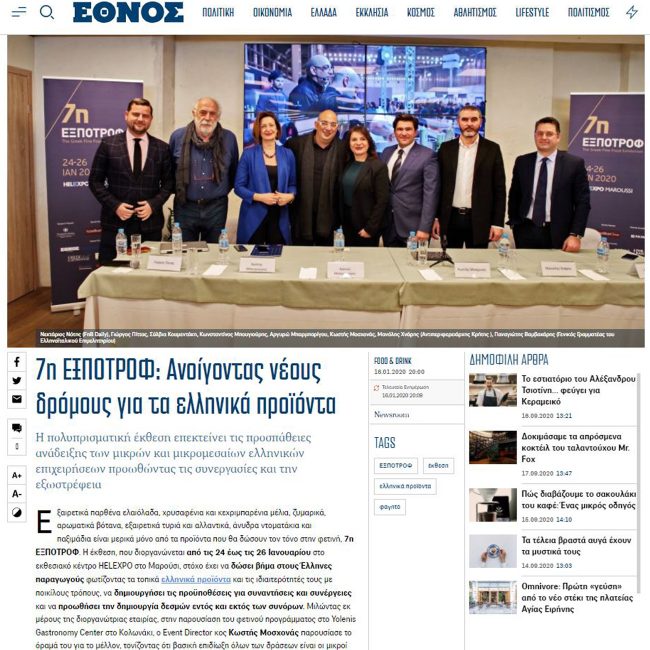 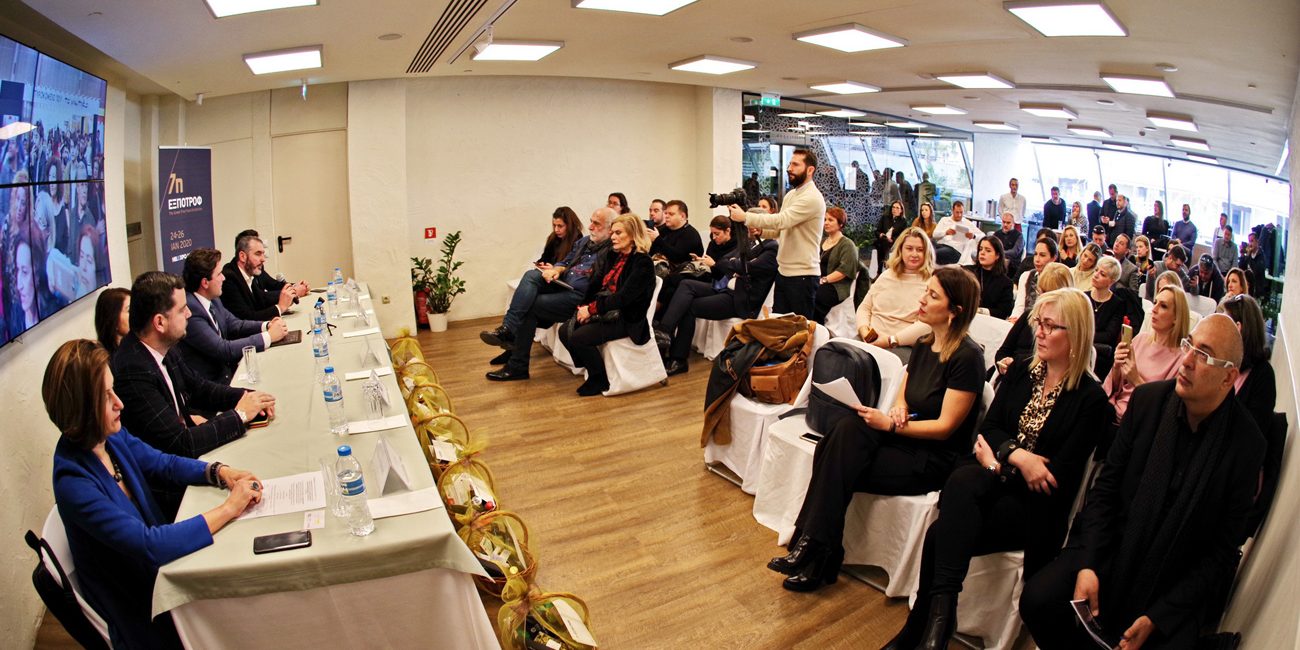 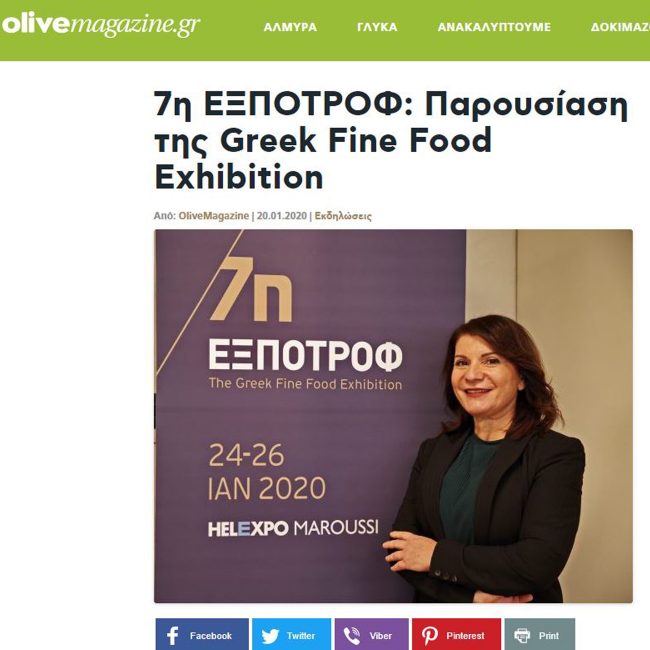 On January 2020 The Kompany was asked to organize the official presentation of the 7th EXPOTROF THE GREEK FINE FOOD EXHIBITION (with Crete as an honored region) to the press. It was the first time at the 7 years of EXPOTROF that a press conference was held to promote the actual event and it took place at a well-known Greek Gastronomy Center in Kolonaki a few days prior to the official opening of the exhibition.

Our main objectives during the presentation were:

We successfully managed to reach all our goals that evening.

All major publications of the country published stories about the press conference.

All major TV stations covered the press conference for their evening news.

And the top food bloggers of the country posted Instagram stories from inside the press conference to inform their thousands of followers of what was about to happen in the actual exhibition a few days later.

Award-winning chef and ambassador of EXPOTROF Mrs. Argyro Barbarigou was the big star of the press conference and one of the main speakers that day and managed to grab the media attention like never before.

The Kompany of course treated the guests who started a huge buzz to all social media platforms in the best possible way by providing them with big baskets which contained various fine Greek products, from companies and producers who participated in the 7th EXPOTROF.

As an outcome the communication plan, which consisted of two press releases, one prior and one after the press conference, the ever-growing public relations and the strategy chosen by The Kompany, worked in the most effective way possible, achieving high levels of audience and publicity and lead to yet another successful EXPOTROF exhibition!